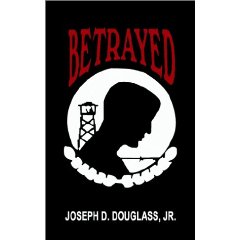 Douglass documents the betrayal of missing American POWs after World War II, Korea, and Vietnam. He tells in detail what happened and why, with firsthand testimony on U.S. and communist policies.

Based on previously unseen documents Abandoned in Place chronicles the untold story of Operation Pocket Change, the Joint Special Operations Command (JSOC) planned rescue of American POWs in Laos six years after the end of the Vietnam War. Interwoven are the stories of the Men We Left Behind.

Commenting on the manuscript, former New Hampshire Senator Bob Smith wrote, “I sincerely mean it, when I say that you have put together the best chronology and in depth analysis of the POW/MIA issue that I have ever read! As I read this, I basically re-lived the 25 years of frustration and heartache that I faced as I worked on this issue. Your 25 years of research and your excellent portrayal of the facts have been skillfully combined to create a document that will withstand historical scrutiny on this issue.” 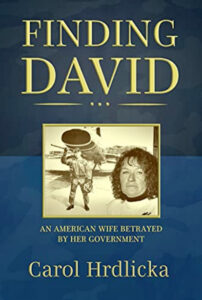 On May 18, 1965 the lives of a young fighter pilot—David L. Hrdlicka—his wife and three young children were changed forever. On that day, David was shot down in a secret war over Laos. When the war ended, David was never returned to his family because the U.S. government had too much to hide. This is a story about his wife’s (Carol) quest for truth. Her journey takes her to the halls of power in Washington D.C. to lobby for his release. She uncovers the deceitfulness of government agencies, testifies before Congressional Committees, and meets with Congressmen to garner support for negotiating David’s release. At every turn, she is met with indifference and down-right lies which only strengthens her resolve to find David.